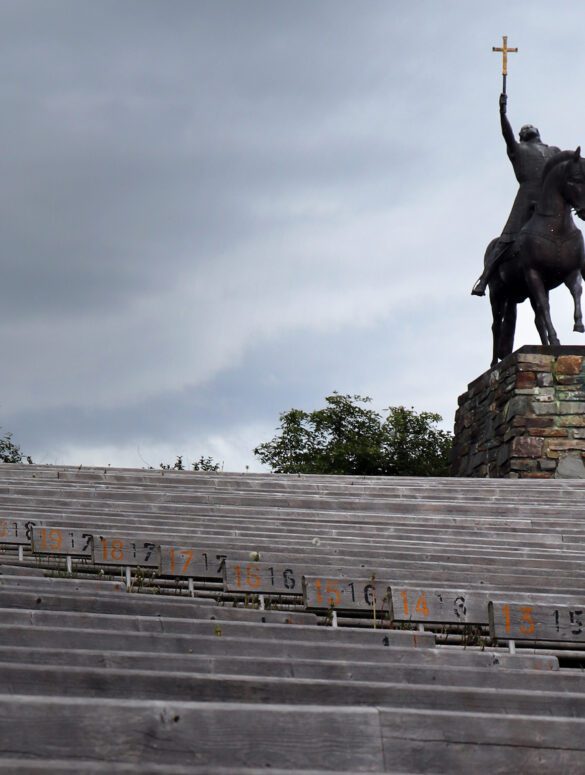 Things to do along St. Olavsleden

Many towns and villages have a hembygdsgård. This is often an old farm or collection of buildings. A hembygdsgård often functions as an open-air museum about the local history. During special days – Midsummer, the National days, Christmas – this is the place to be. Wondering where to find the local hembygdsgård? Just follow the people wearing traditional clothing.

Kulturmagasinet consists of four old warehouses connected by glass-paned galleries in the Sundsvall city centre. Kulturmagasinet houses are among other things Sundsvall’s city library, Sundsvall’s museum and the Sundsvall Photo Museum. The museum focuses on recent urban, regional and cultural history, but a significant part also consists of newer Swedish art. The Sundsvall Photo Museum is part of Sundsvall’s museum and has exhibitions with mainly documentary photography. It also has one of the world’s largest collections of cameras.

Near the sleepy village of Gällö is the world’s longest ski tunnel in a mountain – for all your cross-country skiing needs.

Are you looking for an attractive way to reach Östersund? Try taking the Inlandsbanan (the Inland Line). This is a 1,288-kilometre railway line between Kristinehamn and Gällivare in Sweden.

Jamtli is the regional open-air museum of Jämtland and Härjedalen in Östersund. It consists of an open-air museum with historical buildings, and an indoor museum with permanent exhibitions about the region’s past alongside temporary exhibitions of arts and handicrafts. Jamtli has on display the Överhogdal tapestries, showing a rich imagery of both Norse and Christian origin from the Viking Age. Jamtli was Sweden’s Museum of the Year in 2013.

Storsjöyran (The Great Lake Festival) or just Yran is an annual musical in Östersund event going back to the early sixties. The festival gathers around 35-40.000 visitors every year and is one of the biggest festival in Sweden. Not strange, when you look at past line-ups: Lady Gaga, Kraftwerk, Bryan Adams, Sting, Alice Cooper, Suede, Iggy Pop, Van Morrison, Patti Smith, Kings of Leon, Pet Shop Boys, Blondie are just a few of the artists that have played on Yran.

Åre Bike Park has 34 trails, with 50 kilometers of possible biking and 853 meters of height difference. It is Scandinavia’s largest bike park. During the summer season daredevils on huge bicycles flock to the small winter sport village to cycle downhill as fast as possible.
If you want to take is slower, take the Kabinbana (cable car). The journey up (1274 meters above sea level) takes about 7 minutes. Dogs are welcome in one of the cable cars, just make sure to keep them on a leash while on the mountain.